It is understandable that most of us Outdoor Women Adventurers just love to get away from our normal living routines and embrace nature as far away from our day-to-day grind as possible.

Well I certainly managed to do that quite well by visiting Easter Island in late January 2017. This scenic and fascinating place is known to be one of the most remote inhabited places on Earth.

Governed by Chile, their 2017 census showed that Easter Island has a total population of 7,750 of which some 60% of these people are direct descendants of the aboriginal Rapa Nui.

Easter Island is most famous for its nearly 1,000 stone monoliths called ‘moai’. The moai were created by the early Rapa Nui people and have fascinated and puzzled westerners for centuries.

UNESCO (United Nations Educational Scientific and Cultural Organisation) declared Easter Island a World Heritage Site in 1995. Much of the island is contained and protected within Rapa Nui National Park.

There are two ways to travel to Easter Island: by air or sea.

Easter Island has a direct air service from Chile’s capital Santiago to their Mataveri International Airport located at the southern end of the island. Operated by LATAM airlines, at the time of writing there are daily flights with standard round-trip economy prices ranging from US$450 to US$900. The flight takes around 5 hours, 10 minutes. Alternatively, there is a once weekly flight to/from Papeete, Tahiti taking roughly the same time but is a more expensive option.

If going by sea, there are between 5-6 cruise ships that stop here annually and a few yachts also visit mostly during the January-March period. I got there by sea on a cruise that my fiancé and I did travelling across the South Pacific from Sydney, Australia to Valparaiso, Chile.

Easter Island is classified in geological terms as a volcanic high island. However, this is not a climber’s dream as the highest point on the island is only 507 meters (1,663 feet).

The island consists of three extinct volcanoes. ‘Terevaka’ (507 meters) forms the bulk of the island while ‘Poike’ (370 meters) and ‘Rano Kau’ (324 meters) form the eastern and southern points to give the overall island its triangular shape.

The map below shows the main topography of the island, locations of the 3 volcanoes as well as roads, tracks, populated places, the airport, ruins and numerous of the famous moai statutes scattered throughout.

My Impressions of Easter Island

In a nutshell, I loved it.

I found it’s unique volcanic geology very interesting, it’s natural flora to be very similar in some ways to other Pacific Islands and its history, culture and stories of the mysterious moai to be fascinating.

Here are some photos of the island that were taken during my visit to give you a broader idea of the place from on the ground:

For Campers and Explorers

If you are keen on camping on Easter Island you can only do so at one of a couple of established campsites. No one is permitted to camp anywhere else as most of the island is contained within the Rapa Nui National Park. If you ever find yourself in this part of the world and would like to check out all the details, here is a link with camping specifics. Bookings are definitely advisable.

As with most significant National Parks, permits are required to visit within the Park area (which covers the majority of the island) and these are easy to obtain once there. At the time of writing the cost for entry for adults is US$80.00 and children is US$40.00 which will cover you for a period of 10 days. As the tickets can be required to be inspected at any time throughout the Park, it is recommended that you carry these with you.

For those readers that may be interested in learning more about the history, culture and origins of this place, her people and mysteries surrounding the famous moai, there are many publications, documentaries and even a number of YouTube videos that are really fascinating.

Easter Island is indeed a special and unique experience.

Due to its remote location and the average cost to get there, this place has not (yet) been over-run by tourists. Hence there is still much in the way of unspoilt natural beauty to experience. In terms of global tourism, relatively few people ever get to make it here and that of course makes it all the more special for those that do.

I hope you have found what I have had to share about my visit to Easter Island interesting and that you may one day consider seeing this wonderous place for yourself. 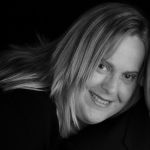 126 thoughts on “The Natural Beauty of Easter Island”